Heading out of town entailed walking down Calle Mayor and over the old bridge towards highway NA-1110, where we cross and flow on into the back country.  Leaving Puente La Reina was the beginning of the departure from land used for wheat, cattle and sheep, and became the beginning of wine country.  The soil was the same, a sepia-colored brown that the plow blade could turn easily, yet I had crossed over from vast, rolling expanses into a land that much resembled the knarled appearance of the grape vine trunk and branches.  The land heaved and rolled, outcropped and collapsed into ravines; I found myself in a constantly changing scene of raw earth and cultivated hillside.  At other times it would break out onto a valley or plateau where I could see for long distances.  As a result, I found the walking adventurous.  If I didn’t especially like where I was at one moment, just walk and wait; things would change.

It is one of the conditions I have noticed of this land in northern Spain, the Navarre.  There is little desire to change the raw nature of the land.  The rain-gutted, gravel road isn’t some backwoods, dead-end road to nowhere, as it might be in America, but rather a tended road; clean of debris and dotted with the occasional sewer, water, or telephone access cap.  It’s used, but little desire exists to transform it into a human contrivance of technology and planning.  It’s a road; got it?  Do we need to do more?

The weather has finally started to trend towards warmer and dryer conditions.  The morning was chilly.  A crisp breeze kept my hood up for the first hour so as not to tighten my neck and shoulders, and redden my ears.  My fingers were bitten a bit by the cold, but certainly nothing like that first day going through the Pyrenees.  By mid-morning though, my outer jacket had come off and was packed away.  By noon, my hooded fleece was gone and I was enjoying the last hour of walking as I headed for Estella.

It was a day where I found myself alone for the most part.  It was a rural walk, with few towns.  I had plenty of time for my own thoughts, and I hoped to have chances for such an introspective time again.  I’m sure I will.

Entry into Estella revealed a more modern, vibrant and active city than the sleepy villages I have been going through for the last 30 miles.  I sought out a parish Albergue.  It had not opened yet, and my mood seemed to advance me to the western edge of town, where I found the Albergue Jovenil.  This youth hostel accepted pilgrims, and I soon found a comfortable bed, a shower, and an ice-cold Coca-Cola.

About 5:00pm, I made a Skype call to Kathryn at her Old Naples store, and while conversing, into the dorm room came two friends I had dinner with the night before. “Good!” I can use a little conversation for the evening that did not entail breaking new ground.   We soon went off to cena (dinner), struggled a bit in conversation with two French men we joined at a dining table, ate some great food that included a salad, vegetable soup, chicken with potatoes and carrots, poached fish filets, and chocolate yogurt for dessert.  Now for the price folks: $13.00.  That’s the Menu de Peregrino, and it’s the best deal in town.

By the time we had finished it was late and everyone was dog-tired.  Our group settled back in our dorm room and each of us sought our mattresses.  A young woman, after having listened to some good conversation on our Christian faith at dinner, ventured a request as we settled into bed.  She looked to a college girl, an Anglican on a religious pilgrimage, and I, the Catholic pilgrim, and asked if we could pray to God so that He might once again talk to her as He did when she was younger.  It seemed that God had stopped talking to her some time back, and she has now found herself in that uncomfortable place called “atheism”.

Now this is a young woman of strong self control, intelligence, and a fierce desire to do good chores for others.  She is a Martha of the Gospels. Yet what I could hear in her voice was a true cry – her voice broke once or twice when asking for the prayer – and she mentioned that her parents had divorced not too long ago.  I had to note, and that was the wrong move, that God leaves no one; one can only leave God.  Her response was immediate, “No, God has left me.” and it became obvious that the conversation was over.  I had hoped to help her, but quickly found that I lacked the insight to change her anger into an understanding of perhaps what was really going on in her life.  Some slow transition into a bad place had taken its toll, and her need to cling unto some firm raft of solace, pride, prevented her from sensing God’s eternal grace and love. In these dark places, it seems that mankind always wants some determined response from God that can be measured, validated, and assessed for its efficacy.  Without it, one believes God to be a useless appendage in one’s struggle for a purposeful life.

I’m sure we’ve all had those moments where we see despair and yet have no way to relieve it.  It’s frustrating.  I felt like someone – incapable of swimming – watching someone drown,  and having no life preserver to throw; no rope, no branch.  Between her tenacious hold on her hidden and suffocating anger, and my complete lack of sensitivity to nurture an opening in her defense, we were at a stalemate.  What can I do when I may not see her again while walking the Camino?  Time for sleep.  As I laid there in the dark considering my seemingly fruitless vine, I found that I didn’t even know what to pray for when it comes time to pray to God on her behalf.

What do I say?  “Lord, please release this young woman from her anger, and let her find peace?”  It seems so insufficient.  Can’t I do more?  Is there not a better prayer?  At times like these I have to recognize and accept that I am but human, and not God.  Our society – the one I have lived in for so many years – insists that all troubles are within the reach of man’s curative powers, and that is perhaps the biggest lie we live with as the society of man.

I’m on The Way of St. James to learn; to learn, I thought, where I leave off and God starts.  Hopefully, what I am about to get into this thick head of mine is that God starts with the beginning and, through His grace and love, and our acceptance of Him as our Father, He carries us all to the end.

Enjoy the photos.  I loved taking them. 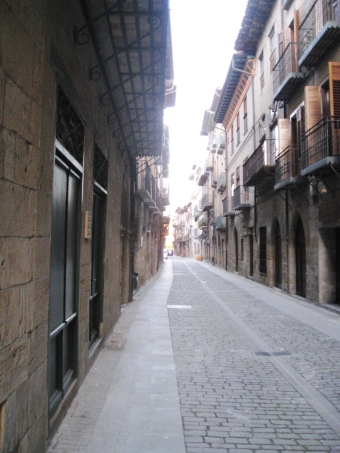 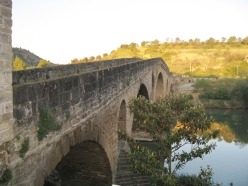 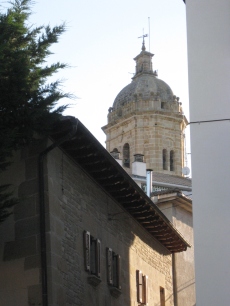 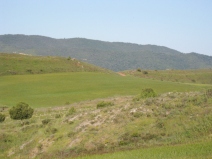 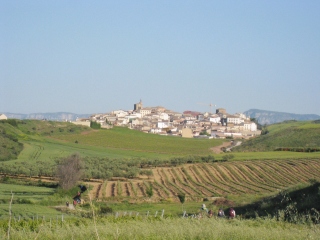 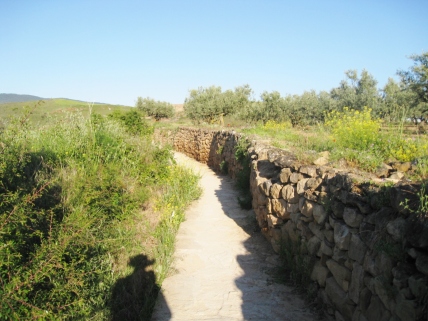 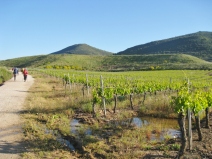 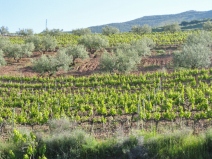 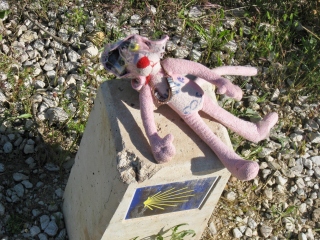 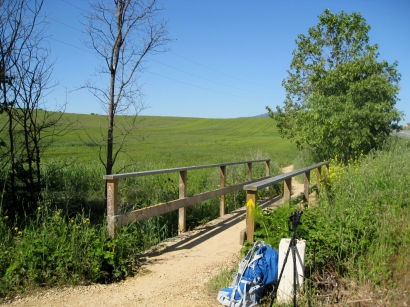 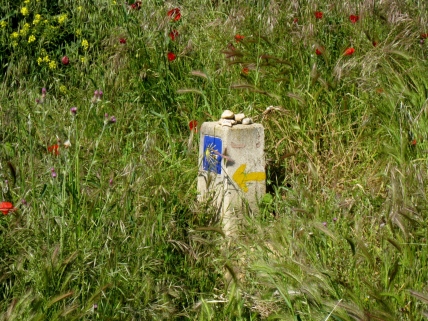 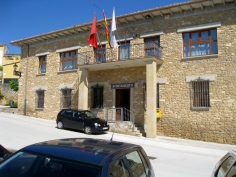 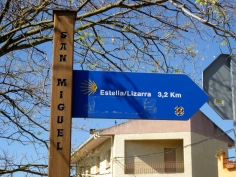 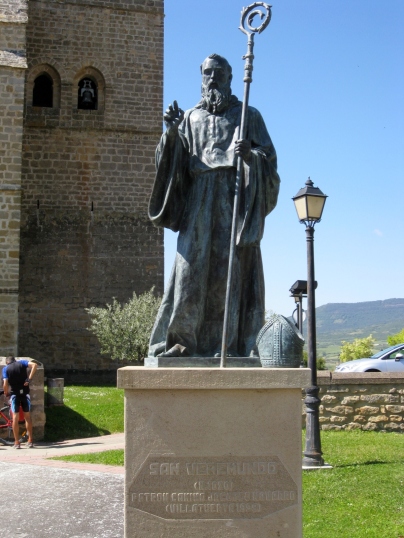 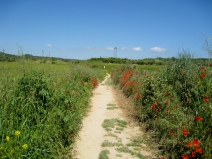