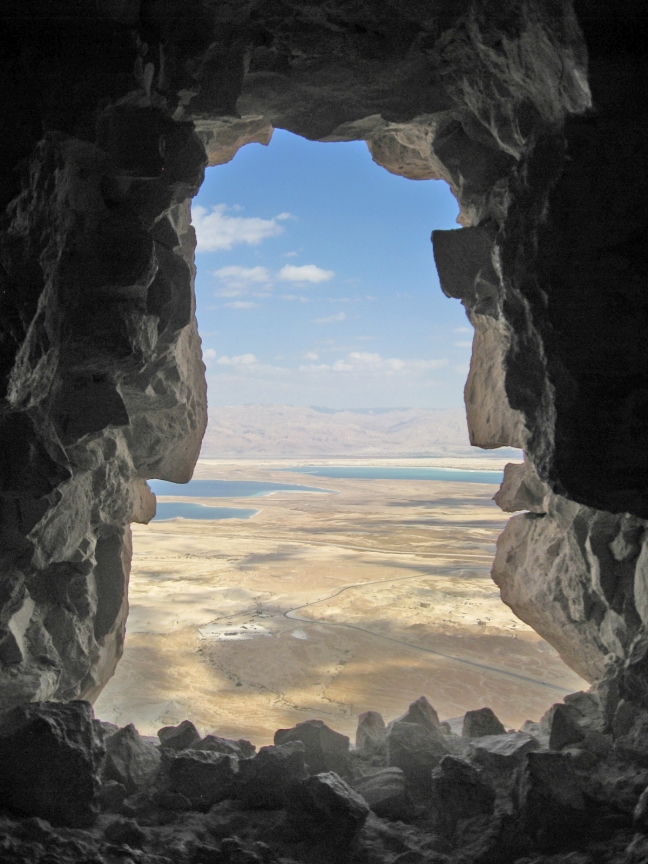 So, it’s been four years since I posted last. Much like a river moving downstream, my thoughts and pursuits have taken me into unexpected tributaries numerous times; waters that I had never considered when I began this blog. What were some of those tributaries? Well… just a few… philosophy, evolution and natural selection, thermodynamics, social order, entropy, religious anthropology, 20th century psychiatric theory, quantum mechanics, and wave field theory.

Three years back, I wrote the code for a website titled, Spiritual Iron. Its purpose was to fill a gap in the spiritual meanderings of both the religious and the non-religious. You know, these days the common phrase is, ”I’m spiritual. I’m not religious.” I get it. The old shoe doesn’t fit as nicely as it used to a few hundred years ago. Enlightenment has fully arrived, and the mental blisters of deific faiths have hobbled many a traveler from experiencing the social and technological wonders of modern society. As a result, many are willing to go with the flow of a reality lacking any intent they are aware of, other than their own. I’m not. Personal intent kinda sucks.

In a nutshell, I search the internet and link chosen articles into my website. A picture and a bit of caption, and the reader can link to the article if it suits their interests.

Spirituality – for me at this point in my life – is more about reading reality in its simplest, ontological forms; the manner in which humanity lives out their lives, and, on the larger scale, how the universe reconciles itself as one entity with intent. For me, spirituality is not about religion, but a recognition of the consilience of all things. Spirituality lies at the base of human existence; well before  it was blanketed in multiple layers of societal humus.  Jesus understood this, Judaism and Christianity are based upon this, and the sciences are unearthing this consilient universe’s reality and (heaven forbid) conscious state of intent.

I’m sure some pushback will arrive on this opinion.

Christian spirituality has been largely defined by human beings who were deeply invested in Christian doctrine. The survival of any temporal material or immaterial thing – as all things are – requires successful succession; for all things are temporal. Concepts, theories, even facts require constant reiteration of a narrow, concentrated scope to ensure their consistent presence and usage in the human mind. Living creatures incorporate both physical anatomies suited for procreation, and immensely strong psychological inclinations to engage in procreation. Even rocks crumble, yet emerge again from the geological activities of our planet. It is therefore unsurprising that Christian theology recognizes this fact and has firmly embedded it throughout its theological and social doctrines.

I’ve always admired the perseverance of Christian apologists. No matter the subject – it could be about the pitfalls of eating an ice cream cone in the desert – these highly-invested apologists are always able to explain the pitfalls and remedies through some analogy on how Jesus would have handled it, or how Paul going down with the ship rose again, or Moses dealing with the Pharoah’s pursuing army. It’s truly remarkable to me, and I know that it penetrated deeply into the world populace over the last two thousand years. Essentially, the entire world as we know it is the result of Christianity.

However, I cannot confine my thoughts on spirituality simply within the realm of Christian mysticism, for as I have said, spiritual reality is not religious reality. They are two different subjects. In essence, I am proposing that the term spirit, along with its derivatives, require a new foundational platform from which to rise into common understanding, usage, and language. A social evolution towards this necessity has been building consistently since the Enlightenment, and the sciences are the conveyance by which we will eventually come to this redefinition and redemption.

I have written extensively on the Christian spirit in Travels of a New Christian. The titles: My Testimony and the Birth of My Spirit, The Spirit Within, The Spirit Immured, Mary and Her Spirit, The Problem of the Spirit, The Cause for the Spirit, and The Poor in Spirit clearly testify to my fixation (I admit) to this thing called spirit.

I also noted in November 2012, in my first blog, “So, I want to talk about ‘The Path’ – that walk that we all must take as God’s children.” At the time, I was referencing to a Christian-themed ‘walk’; one that would use Christian content and doctrine as a tool for witnessing; as a way for providing counsel to others through one’s own experiences and revelations, but always referencing back to Biblical content and universal interpretations.

Permit me to advance a proposal.

Religion is the cultural means by which humanity connects into their true reality – that which, and to a very small extent, we have now begun to empirically understand through the sciences; to name two… quantum physics and wave field theory. The basis of all true religions lies in two areas of interest. The first, and in no order of importance, is their meditative initiatives. Prayer is one such practice. Contemplation is another. These are means to sustain ourselves physiologically and psychologically in a world that seems ultimately cruel, by leveling our senses into the stream of consciousness that pervades, with intent, throughout all matter and energy. The second, is their philosophy. It’s no coincidence they all speak of duty, compassion, ethics, and labor. These virtues, along with the many others, constitute the task of sociality and cooperation. The virtues form the backbone of human relations.

Religion is responsible for the success of humanity to date, and probably well beyond into the future. It is the best possible means for our species to find some contentment in a world that seems unsympathetic to human adversity. Why, can I say this? Because, it is. To not accept the fact that no historical society has ever successfully structured a long-term civilization, without religion as it’s philosophical and structural base, is to admit to a fool’s errand. It’s popular these days to pretend the factual and well-recorded history of humanity is somehow illusionary in the face of modern problems of sociality, but even here, it’s impossible to avert one’s eyes for long from the inescapable conclusion of the importance of religion.

Intent in All Things

Perhaps religion’s most important contribution to human understanding of the universe is the idea of intent.

I say intent not as meaning some deific overlord of creation that shapes all things according to its will, but rather I say intent simply as what we observe of the universe. There is direction, and no matter the uncountable, errant paths and dead ends that exists about us, the universe has direction. Take away our stagnant, anthropomorphized expectations that suits our material level most frequently, and there is the perpetual and enduring direction. I call this intent. To walk this one step further, I might suggest that intent means consciousness. And to walk this one step further, one streaming in that intent, that consciousness, is a spiritual experience and journey.

What we experience with our personal senses is a construct of convenience. It’s the here and now. Religion is the cultural methodology for streaming in the ubiquitous continuum of time and space; of moving outside of the here and now, and into a consciousness that more closely relates to that intent, the direction in which the universe flows. We are a social animal above all other descriptors. To be social requires a complex interrelationship of many different human characteristics, qualities, and inclinations. Common to them all is their adherence to philosophical ideals that pervade religions, and  their contribution and support to a set of principles and rules that engage humanity in social behaviors.

All of humanity’s infamous debate between religion and the sciences renders down to this cultural conclusion. While it seems logical to reject religions as archaic reasoning, or simply because one believes religious dogmas to be false, cultural evolution moves not by idealism, but by the consistent experience of what works. And it is our culture that defines who we are as human, and not our society. And it is culture, not society, that embodies the human social contract.

I’m not say this is to be regarded as a permanent condition. Evolution is just that. What I am saying is that the human task of knowledge is to bring into view a horizon – one well into our future – that ensures, without the dictate of any authority, a sense of being that’s cast the misery of scarcity from its constitution.

Religion has worked tremendously well in bringing us to this stage in our existence, and to abandon religion is to suspend us in an animated world in which there are many questions left unanswered. Is this – that being the putting away of religion, solely for the sake of empirical knowledge – not a risk to our survival that is too great to simply and blindly accept? If the only grocery store in your wilderness is south, southwest of you, would you really ignore that truth in favor of walking off to the north, northeast?

Religion is a truth, for truth is nothing more than the vehicle by which we travel through the continuum of life. This does not mean that all of humanity must bow, zombie-like, to the past, cultural institutions. This does not mean that genies and gods exist. What it does mean is that cultural structures come about with a certain immutability; born through long periods of time in which humans utilize social interactions to experiment with what works and doesn’t work, in advancing us towards a existence of flourishment and not despair. This is what society is; a think-tank of ideas whose sole purpose is to ward off scarcity in favor of plentitude. It is the temporary, is it not? Just check out your social media preferences any morning and you’ll get a good taste of the grit of the social mill. Society is the sandbox.

Having said all that, I move on in my travels as a new Christian. I think my use of the term Christian has been a convenience; a manner in which my writings might make some sense. I do remember a day or two after my 2009, significant, encounter with intent – I then acquiescently referred to as God – that I posed the thought to my assistant in my career’s choice that if I had been born in Iran, I would be calling myself Muslin, rather than Christian. I still believe that. Society does set some values.

What I have learned and evolved towards over the past thirteen years is to shed the uncountable definitions and limitations of society and look deeply into the purpose of culture. This journey hasn’t shattered any past teachings, nor future expectations. Rather, it has simply permitted me a different view of the metaphysics of the universe we all live in. It is immanent and transcendental at the same time. I find this curious, almost strange, in its spiritual freedom, and at the same time, a phenomenon of wonder.

Needless to say, this is all to let my readers know that my travels are about to broaden beyond the appealing and safe shoreline of Christian thought.

Much more to come.