I left Rabanal de Camino early and reluctantly, and as I encountered the paths beyond that wonderful village, it became apparent that I had truly entered a mountainous region of Spain that equaled the Pyrenees.  I found the trails narrow and twisting with a fair amount of plant growth intruding in upon the paths.  Little was flat anymore, and the path varied widely from dusty clay to jagged rock and gravel.

It was evident that horses and their riders used these trails quite a bit; not only from the “road apples” present, but by the frequent water troughs that I passed with some frequency.  You’d have to be a patient and experienced rider to take on these narrow trails.

One constant was the slow and steady ascent I made; moving from 1100 to 1500 meters.  At these altitudes the weather is decidedly colder.  Few of us in the Albergue wanted to jump out of bed, as the room was quite chilled by the morning, and the temperature moved only slightly as I climbed to that 1500 meter goal.  I won’t be hitting this altitude again, with O’Cebreiro being around 1300 meters in a few days from now. 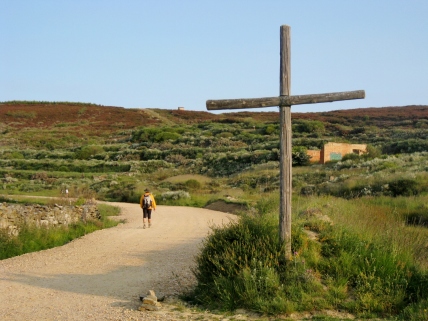 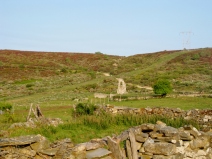 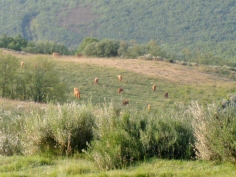 As you can see in the photographs, the vistas are spectacular and the flora is aggressively varied in all of its visual characteristics.  It was quite enjoyable to see the return of so many different kinds of mountain flowers.  The hues tended to run in the lilacs, whites, pinks, and yellows.

So, in many ways I am having a very good time; a good journey.  But with the mountains comes the valleys, and I found this leg of my journey to be the most grueling since that first day in the Pyrenees.  I had to be on constant guard to keep my feet planted on firm ground so as to not twist the ankle, stub the toe, or grate my foot against the boot so much that I start another generation of blisters.  My thighs took the brunt of this day, and ached by the time I got halfway through, and by the time I saw Molinaseca, I began to anticipate a collapse of their strength entirely.  This is tough stuff!  It went from icy cold in the morning, to a good burn by the early afternoon; all tossed about with high winds at the ridges I had to cross. 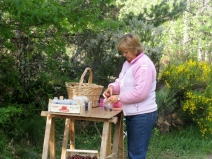 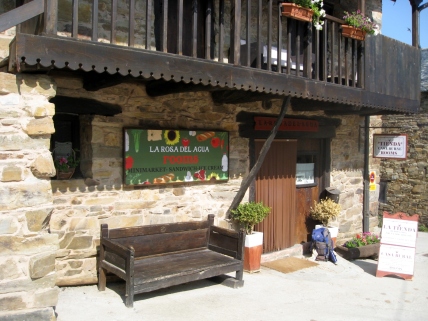 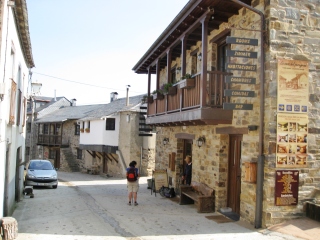 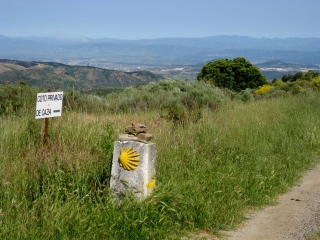 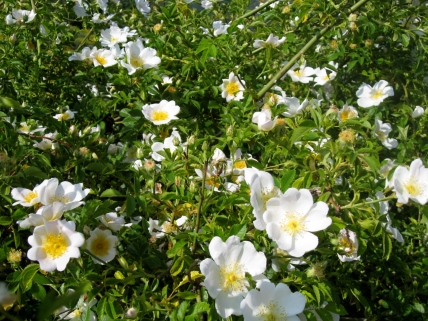 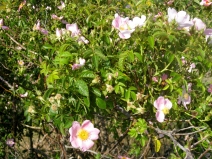 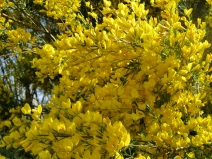 Above all though, I was clearly in God’s country.  It’s a joy to sense so strongly the beauty of God’s creation.  In the quiet of such remote country, my senses are enveloped in the mystical profusion of scents, sounds, visual diversities and endless tactile qualities of all that I passed as I wound my way along The Way.  No one is ever going to say that God serves up a simple meal. 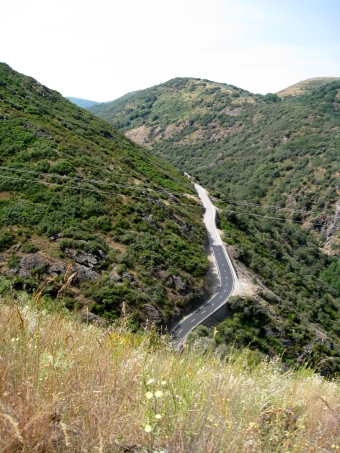 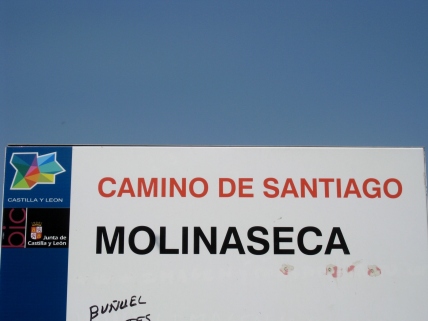 One thought on “Rabanal del Camino to Molinaseca – Day 23”